Alhambra, now in February open to the public: the tower of the Captive

By LeChienAndalous in History of Andalucia with 0 Comments

During the month of February the Tower of the Captive will be open to the public.
The Tower of the Captive appears to be as any other tower of the ensemble. However, its interior is one of the most outstanding living quarters areas of the Alhambra due to the decoration.
It’s a tower-palace, or Qalahurra, and its structure and distribution is the same as in the houses and palaces of the Monumental Complex. It has a double left-right bending entrance which leads into a patio with arches standing on pillars.
The main living room has a square plan and split windows looking out from tiny alcoves.
This space together with the Comares Hall houses the most complex decorative programme of the Alhambra. 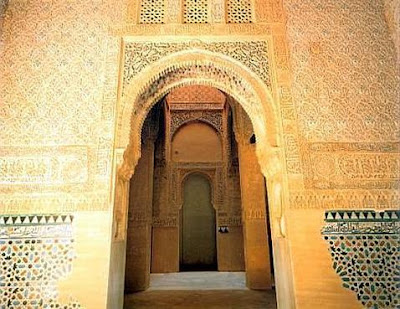 Name of the tower: Tower of the Captive.
Period: End of the XIII century, though it was renovated and transformed as living quarters during the time of Yusuf I, first half of the XIV century.
Outstanding features: It’s a tower-palace, or Qalahurra, combining defensive features on the outside and living quarters in the inside.
Timetable: From 8.30 to 18 hours. Tuesday, Wednesday , Thursday  and Sundays.
Access: Show general entrance ticket to the Monumental Complex of the Alhambra.

Forum: Maximum 30 people at one time.

Plant of the Month of the Alhambra: February

The Alhamabra Museum Piece of the Month February: Wooden Chess Board
The game of chess has been known since the 9th century, and it extended quickly throughout al-Andalus to the rest of the Iberian Peninsula and Europe.

This game was probably introduced into the Hispano-Muslim world by Ziryāb, from Irak. However, it was King Alfonso X, the Wise, who compiled all the features about it in The books of chess, dice and backgammon.  This publication is yet another symbol of how Hispano-Muslim culture acted as a bridge linking up east and west.
The piece of this month being shown in the Museum of the Alhambra is a board made in walnut wood and decorated in marquetry on both sides. One of them represents the game of chess and the other is a game of backgammon.
Source: www.alhambra-patronato.es