By janny in History of Andalucia with 0 Comments

The Menga Dolmen is famous for its significant geographical location – on the summer solstice, 21 June, the morning sun shines over the peak of the Peña de los Enamorados and straight along the dolmen’s entrance corridor. This very exact positioning would have held mystical importance for the prehistoric tribes who built the dolmen thousands of years ago.

The colossal scale of megaliths characterised by the use of large stone blocks that form chambers and spaces with roofs attest to exceptional architectural planning from those who built them and create unique architectural forms. The intimate interaction of the megalithic monuments with nature, seen in the deep well inside Menga and in the orientation of Menga and El Romeral towards presumably sacred mountains La Peña de los Enamorados and El Torcal, emphasise the uniqueness of this prehistoric burial and ritual landscape. 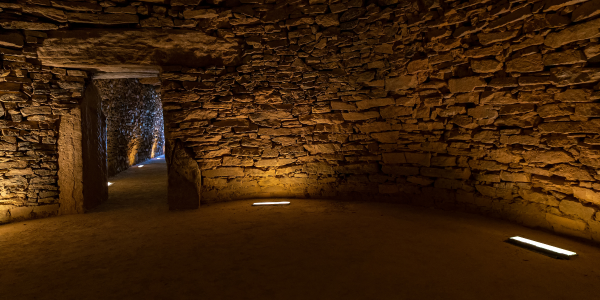 The Tholos means beehive, referring to the form of the roof.

The three tombs, with the singular nature of their designs, and technical and formal differences, bring together two great Iberian megalithic architectural traditions and a variety of architectonic types, a rich sample of the extensive variety within European megalithic funeral architecture.
The information of this article is from the Unesco.
See for more information also the website of the Unesco World Heritage List

Recently the dolmen museum was opened to the public in december 2021.
It houses four exhibitions:

One is called Cosmovisión, and is dedicated to archaeophysicist Michael Hoskin, who demonstrated how unique the Menga Dolmen is, because it is aligned with the Peña de los Enamorados (also known as Lovers’ Rock), and that the Romeral Dolmen is aligned to El Torcal. 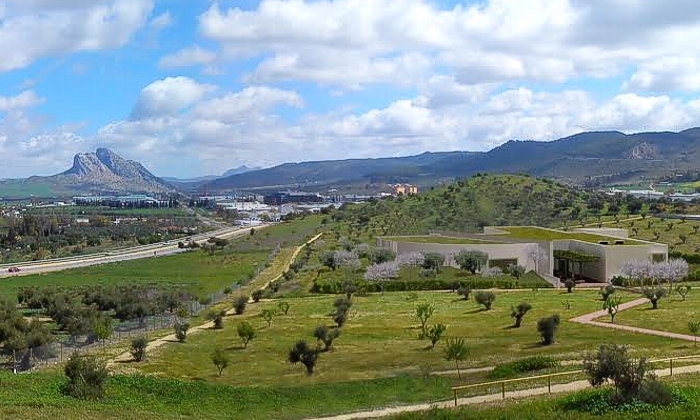 The second exhibition is dedicated to the Viera brothers, outstanding researchers whose discoveries were a major contribution to the archaeological knowledge of the site a century ago.

In the Gómez Moreno room, dedicated to the expert who carried out an exhaustive analysis of the three burial monuments, all the items found in the megalithic dolmens of Menga Viera and Romeral are on display for the first time. At the start of the 20th century these were taken to Madrid, Granada and Malaga but are now back where they belong.

And on the ground floor, in the room named after poet José Antonio Muños Rojas, there are contemporary works of art and photographs by Raúl Pérez of the landscapes of Antequera around the site of the dolmens, and a portrait of Muños Rojas by Cristóbal Toral.

The entrance to the museum and the dolmens is free.
The museum opens every day at 9:00 and closes at 20:30.
We do recommend to look at the website of the museum about the exact opening times, as they differ depending on the season.
The adress is: Carretera de Malaga 5, Antequera
Phone number: 952-712206

In French, in German, in Dutch