By LeChienAndalous in Andalusian Cities and Villages with 0 Comments

Two interesting exhibitions about the islamic culture are held in Seville and Granada from october till february.

Nur, Light in Art and Science from the Islamic World

From October 25, 2013 till February 9, 2014 the Focus-Abengoa Foundation organizes “Nur, Light in Art and Science from the Islamic World, an exhibition of Islamic art and culture, spanning more than ten centuries and including artworks and secular objects from throughout the Islamic world in the Abengoa Foundation’s historic 17th-century building, the Hospital de los Venerables Sacerdotes. 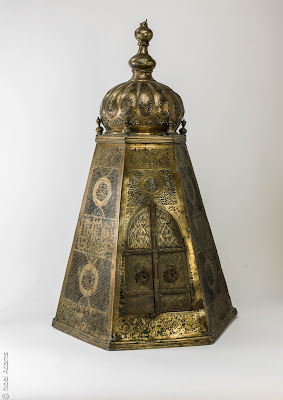 Featuring 150 objects from public and private collections in Europe, North Africa, the Middle East, and the United States, Nur: Light in Art and Science from the Islamic World will explore the use and meaning of light in Islamic art and science, and demonstrate how light is a unifying motif in Islamic civilizations worldwide. The exhibition, organized and developed by Islamic art and culture expert Dr. Sabiha Al Khemir, will include a significant number of objects that have never before been presented to the public, from artworks to rare manuscripts and scientific objects. Following the exhibition’s debut in Seville at the Focus, the exhibition Nur: Light in Art and Science from the Islamic World will be on view at the Dallas Museum of Art in Texas from March 30, 2014, to June 29, 2014.
Where: Plaza de los Venerables 8, Seville
Entrance fee: Free
Opening: Every day from 10:00 to 14:00 and from 16:00- 20:00
Closed 25 december and 1 january, and reduced opening times december 24 and 31.

From October 4th 2013 till february 2014 the Consortium for the Conmemoration of the first Milennium of Granada’s Kingdom and the Foundation Legado Andalusi, organize this exhibition in the Parc of Sciences in Grenada.

Madinat Ilbira (Medina Elvira) is an archaeological site that holds the remains of the most important city in the Vega de Granada region between the 7th and 10th centuries, during the first stage of the presence of Islamon the Iberian Peninsula. It is one of the most important areas related to the emergence of Andalusi society.

This exhibition presents the results of the research carried out over the last decade that revealed the processes behind the transformation from Late Antiquity to the Early Middle Ages. The research has also been used to build upon what is known to date about the establishment of the Arab world on the peninsula. 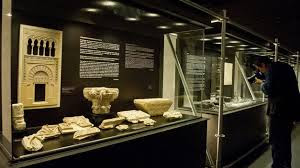 The city was abandoned in the 11th century, when the population moved and founded the current city of Granada. It was rediscovered  in the 19th century and then forgotten again for more than a hundred years until the University of Granada research group “ The Toponymy, History and Archaeology of the Kingdom of Granada” began work on the project The City of Madinat Ilbira. In a unique place, during a crucial period in history, the role played by Madinat Ilbira in European historiographical debates was key.