Information about municipal markets in Málaga

By janny in Andalusian food, drinks & recipes with 0 Comments

In the last years many of the municipal markets in Málaga have been renovated. They are an ideal spot to discover the wide variety of fruits and vegetables, meat and fish offered in all these different stalls. 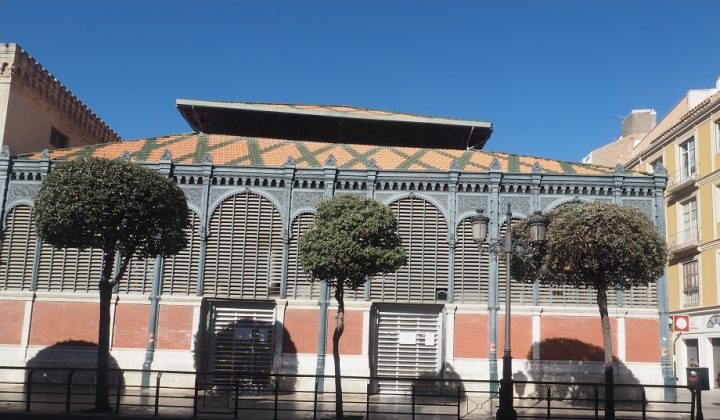 Since the Middle Ages, towns and cities have held and exercised considerable authority over the supply of goods.

In the first instance, local councils began checking the sanitary conditions of the food being sold at the markets. Secondly, they began to control the entry of goods and vendors into the city in order to collect tax on consumables.

In the larger cities, as in Málaga where it in fact became the norm, the aforementioned legal authority and controls led to the creation of physical spaces: the municipal markets.

Initially as open-air sites and later from within covered structures, municipal markets have historically enabled the City Council to guarantee the supply of food to the citizens of Málaga in good sanitary conditions and at reasonable prices. 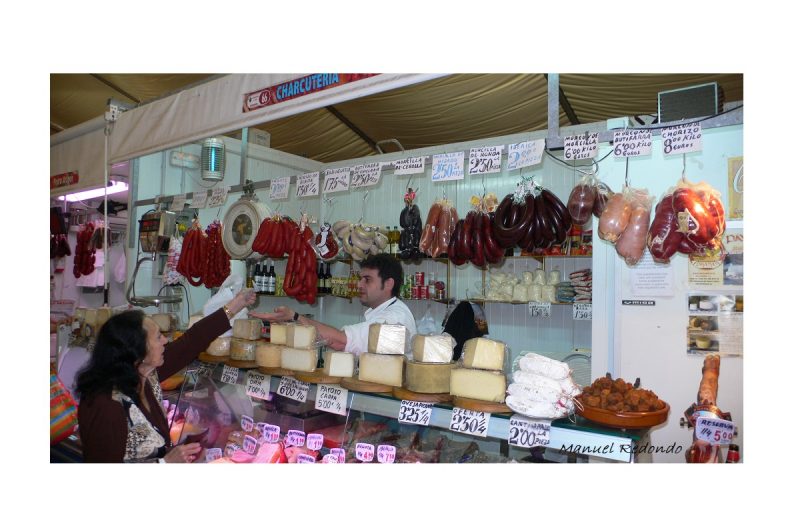 The passing of time, economic growth and the development of all commercial activity has allowed a shift in the focus of municipal efforts in this sector, away from the need to guarantee the provision of food and towards the protection of citizens’ rights as consumers.
At first, local authority’s commitment to the defence of consumer rights was very much focused on the most sensitive area: food products. 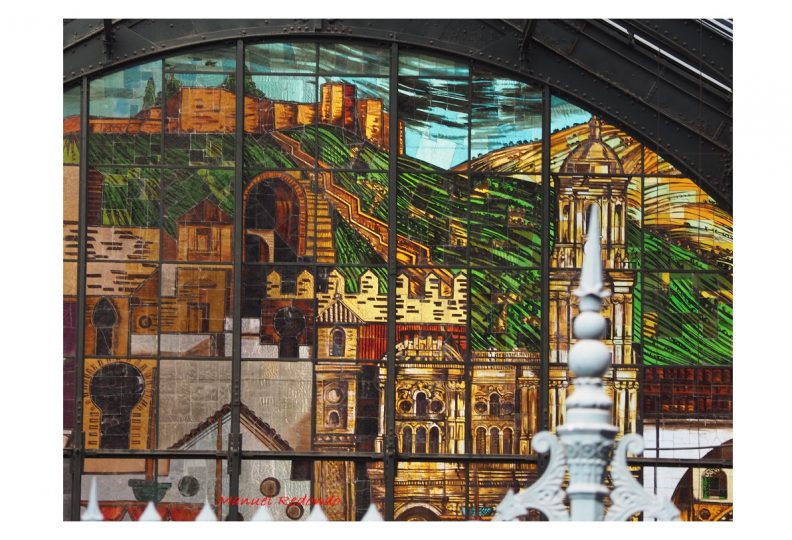 The first lines of action in this area included sanitary control of foodstuffs, information campaigns on nutrition, consumer habits and ensuring competitive price levels for food products. The existence of municipal markets made the City Council’s intervention in these areas easier.

The expansion of commercial food activity outside of the markets and increasing concern about consumer issues across all sectors led to the Council adopting a consumer policy that is much broader in scope.

History of the Atarazanas Market

As with so many buildings in Malaga, the market, offers a fascinating, but hidden history. The name “Atarazanas” comes from Moorish times, and when translated literally from the Arabic means a “place where ships are repaired”.
Although hard to believe now, most of current day Malaga was underwater during the Moorish rule and the Atarazanas was right at the sea’s edge. There are records well into the 18th century of people still fishing from the market (ship building yard’s) walls.
The Atarazanas was built during the reign of Mohammed V (1354-1391). The 14th Century shipyard was one of the largest, most impressive buildings of its time. The Atarazanas was characterised by the seven horseshoe arches that made up its facade. Today, only one remains, which was declared a monument of historical and artistic influence in 1978. There is nothing to note the arch’s historical importance.
For the more observant there are two tiny shields inscribed in Arabic near the top of the arch with “Only God is the victor, glory be to Him.” 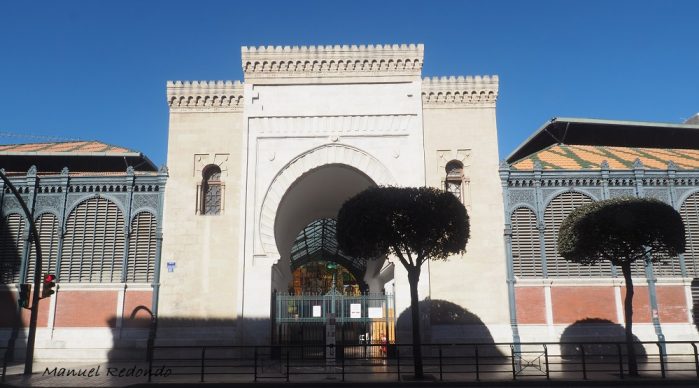 The old building quickly fell into disrepair. Following the fall of Malaga to the Christian Monarchs in 1487, the Atarazanas was turned into a convent. Later it was converted into a military barracks, then hospital and finally a school.
By the 19th Century the original structure had all but collapsed. Thanks to the efforts of the architect Joaquin Rucoba, the original arch was saved and the market was completely rebuilt between 1876 and 1879. With iron playing a large part in its rebuilding.

Opens monday till saturday from 9.00 till 14:00
More information on this website 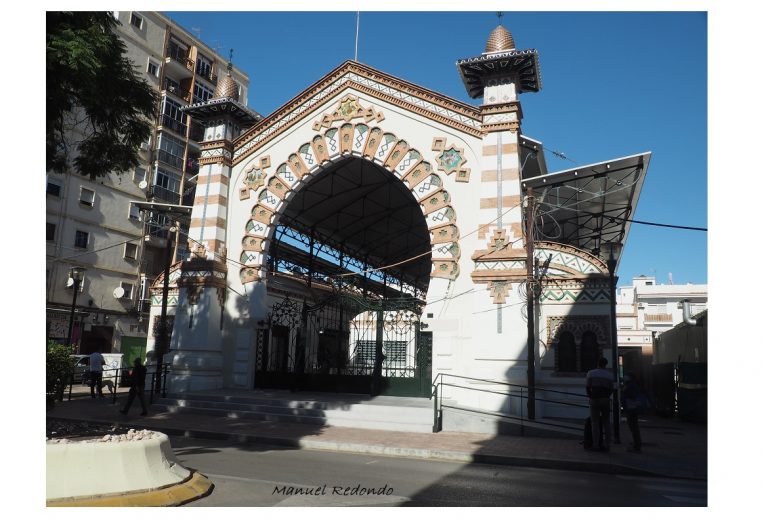 Slightly off the beaten track to the north of the city centre, the Mercado de Salamanca has a simply stunning façade built in the Neoclassical style. Built in 1922, it has a wrought-iron outside with lots of brightly coloured tiles. Currently it has undergone a much-needed restoration, this market has just a handful of stalls inside but the atmosphere is truly authentic. 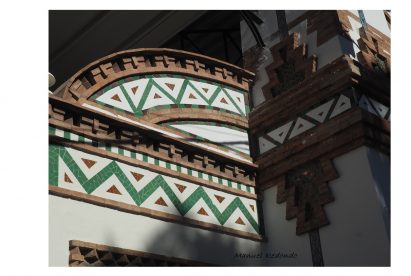 Adress: Calle San Bartolomé 1
Opens monday till saturday from 9.00 till 14:00

The Mercado del Carmen is located in El Perchel district between the mainline train station and the city centre. This modern structure doesn’t offer much in the way of architecture but it’s a quieter way to see and sample local produce without the tourist crowds. The adjacent San Andrés Convent has just been restored and is well worth a look.
Adress: Calle la Serna 3
Opens monday till saturday from 9.00 till 14:30

In the Trinidad district. Municipal market since 1974. It is one of Malaga’s biggest markets with 3000 square meters surface.
Adress: Plaza de Bailén, 8
Phone: 952135584
Opens monday till saturday from 9.00 till 15:00
For more information visit their website: mercadodebailen.com

Located in the district of Huelin. Municipal market since 1974
Adress: La Hoz 39
Phone: 952135584
Opens monday till saturday from 9.00 till 15:00
For more information visit: mercadodemalaga.es

For rental houses in the province of Málaga check this webpage