Remember the wines our grandmothers and great grandmothers drank? Sipping of very small glasses, and only on very special occasions? This sweet very tasty wine (known as Malaga Dulce) is able to take away all your sorrow, as the famous ‘Quitapenas’ bodega claims. 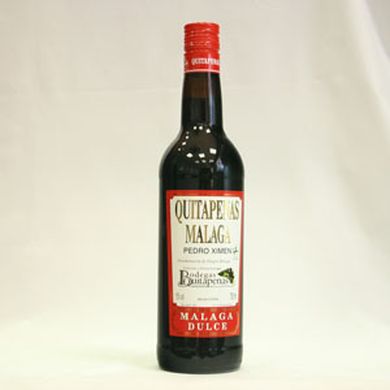 Málaga wine began as a deep brown, rich, raisiny wine, created by the Greeks in 600 BC. It was originally called Xarabal Malaguii, “Málaga syrup”, and was very sweet. It was created in the Andalucia region of Malaga – close to Cadiz, the region of Sherry.

In 44 AD, Columela wrote about the fine wines available in the Roman Province of Málaga. Its popularity grew. During the 1500s, something had to be done to wine to allow it to last the long ocean journeys. Brandy was added to allow the wine to last longer, and to be more resistant to temperature changes. This is why Málaga is termed a “fortified wine”.  It was then one of the most expensive wines of Europe.

Spain now produces 5.8 million gallons of Málaga a year. Málaga is mostly made with the pedro ximinez grape,the wine must actually be aged in the city of Málaga to earn the name. Málaga is regulated by the Consejo Regulador. 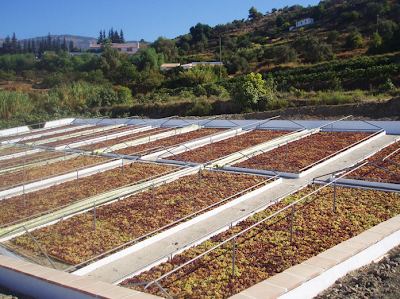 The malaga wine is grown inland in all the province of Malaga (Axarquía, Antequera etc;”>), and due to the extremes in temperature: hot and sunny summers and cold but sunny winters the grapes develop the character needed for a fine wine. The predominant variety here is the Pedro Ximenez, which is named after a 17th-century Spanish soldier thought to have introduced it from Germany. It has an exceptionally high sugar content, which is made even higher thanks to the process of letting the grapes roast in the sun before pressing, which reduces their moisture and concentrates the sugar. This partial raisining accounts for traditional Málaga wine’s dark colour, for the Moscatel and Pedro Ximenez are both in fact white grapes.
If you want to know more about Malaga wines, remember to visit the Malaga wine museum.

More information about the Bodega Quitapenas: www.quitapenas.es, visits of this bodega are free. The bodega is located in Malaga.

Nice houses in the province of Malaga are:
Ecotourism la Cabra Verde
and in the Antequera ;”>region: Casa de la Torre, Casa Aguila and Casa la Parada, all mentioned houses with their own private pool.